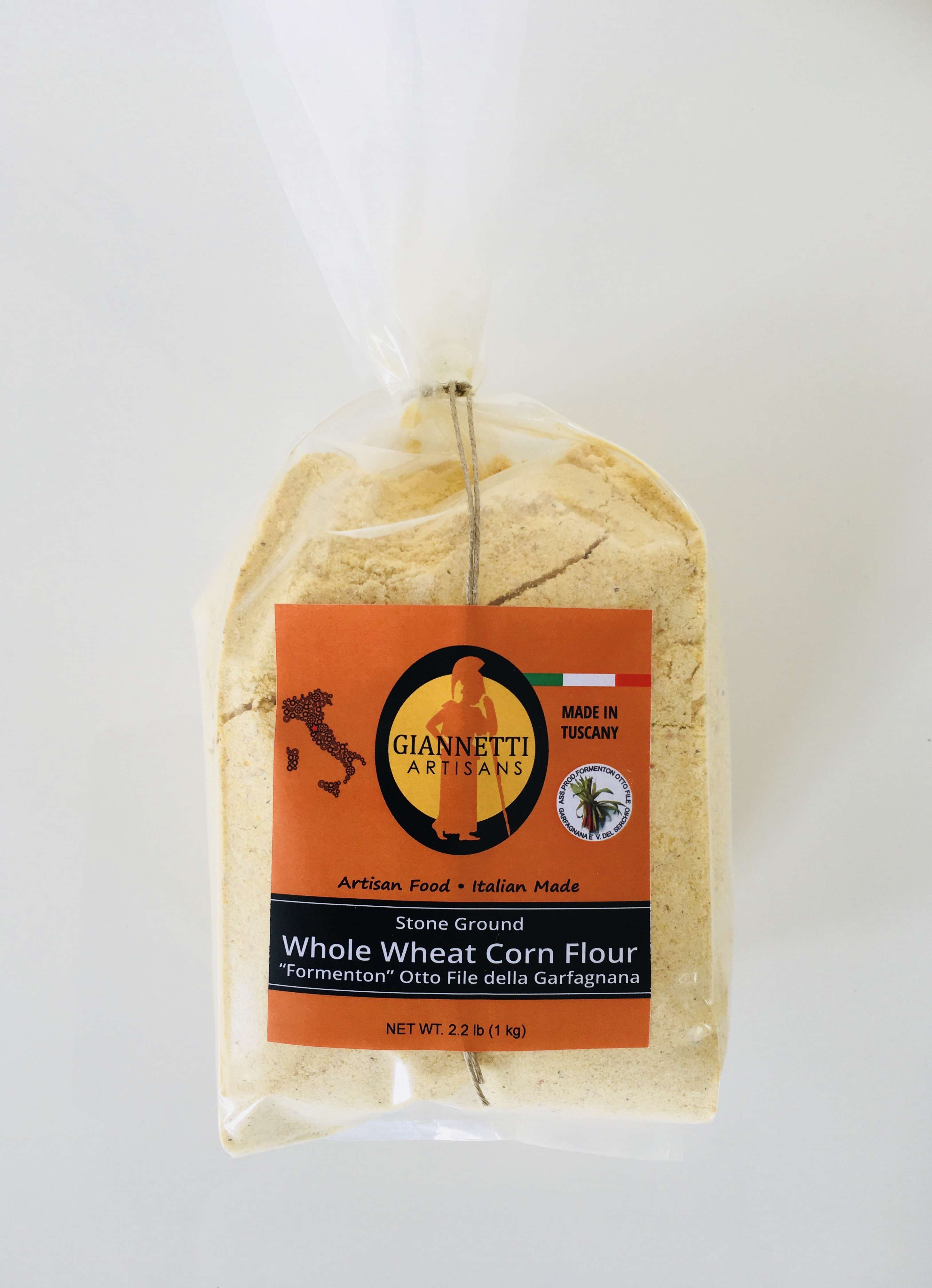 Polenta So Italian, So Delicious

A new fine dining star is Polenta, So Italian, So Delicious. So what do Silvio Berlusconi and Paula Dean have in common? They don’t celebrate the same birthday or partake in the same unique hobby. These figures are worlds apart politically and culturally, but they share an affinity for dense corn porridge of their native regional cuisine. Be it grits in the Southeastern US or polenta in Northern Italy, cooked coarse corn meal enjoys a star role in kitchens of both regions. Polenta, however, has struggled its way to recognition as an honorable food in the Italian world.

Corn is not originally from Italy, but arrived in Venice through Eastern trade routes around 1400, shortly before Columbus discovered America. The Italians welcomed this easily grown crop as cheap food for animals and scorned the idea of humans eating kernels off the cob. As cultivation and production increased, people began milling the corn to produce a coarse meal, called granturco (“grain of Turkey”) after its history in Eastern Turkish trade. This grain was cooked based on the ancient Roman method for making pulmentum, a porridge made of spelt, salt, water, and fat. From this name comes the modern-day polenta.

Making polenta at an outdoor fair in Italy:

As a cheap way to fill hungry stomachs, polenta became a staple of the underprivileged masses in Northern Italy. Spreading west to Piemonte and down to Liguria, each region developed its own twist on the dish. As poverty continued through the centuries and its association with polenta increased, so did disdain for the food. Historical references to polenta almost always call it poor, bland, and impossible to make appealing to the taste buds. From this negative image, a common Italian insult took root: polentone is still used in Italy today to refer to someone who is lazy and slow or as a derogatory term for a person from Northern Italy (most likely uttered by a Southern Italian, for which the counter-insult is terrone).

The mass immigration of impoverished Italians to the United States brought polenta to Italian-American cuisine. It was still considered a simple peasant dish when it arrived, but with generations, a pride in the dish’s ethnic roots has developed and it is being made in more creative and elegant ways. This has been perpetuated by the addition of polenta to menus in fine dining restaurants and polenta recipes popping up on TV and in magazines and books. This humble grain can be cooked and served immediately as a soft porridge, or left to harden and then be sliced, grilled, or fried.  Polenta is often served with gamey meats such as rabbit, duck, or sausage, with red sauce, or simply mixed with creamy cheese, such as burrata or gorgonzola. Italy has also caught onto polenta’s trendiness, and after years of scorn, this delicious dish of unassuming origins is finally gaining the recognition it deserves in ordinary and extraordinary kitchens alike.